BREAKING: Armed police are on the scene of London Bridge as reports of terror attack(s) emerge of three locations in the UK, including: London Bridge, Vauxhall and Borough Market. The London Bridge attack involved a white van mowing down pedestrians. (scroll down for witness videos) 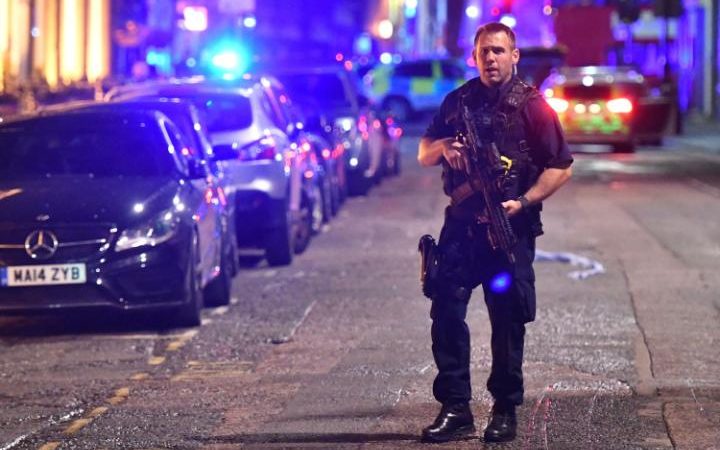 As well as #LondonBridge officers have also responsed to an incident in #BoroughMarket. We have armed police at the scenes.

Reports of up to 20 people have been “mowed down” by a white van “probably travelling at about 50 miles an hour” in London and knife attacks including “throat cuts” nearby.

Whatever the United States can do to help out in London and the U. K., we will be there – WE ARE WITH YOU. GOD BLESS!

We need to be smart, vigilant and tough. We need the courts to give us back our rights. We need the Travel Ban as an extra level of safety!

Predictably many people on social media seem more concerned about “Islamophobia” than they are with the innocent victims of vicious terror attacks:

Getting pissed of at reading people blaming Muslims. Being a Muslim and being a terrorist are two different things #LondonBridge

Do not blame Muslims! Terrorists are NOT Muslims!! So sick of seeing hateful comments against them! #LondonBridge

Bystanders/witnesses share footage of public reactions to the attack on social media:

#LondonBridge witness interview says there was a shootout with armed police behind armored vehicles. This is a coordinated Islamic Attack. pic.twitter.com/yPdVjAejZ8

Be the first to comment on "BREAKING: 3 Separate Terror Attacks Rock London Simultaneously"