CNN has now confirmed in a Twitter post the decision to fire Kathy Griffin as a New Year’s Eve Correspondent after the Trump beheading photo controversy:

CNN has terminated our agreement with Kathy Griffin to appear on our New Year's Eve program. 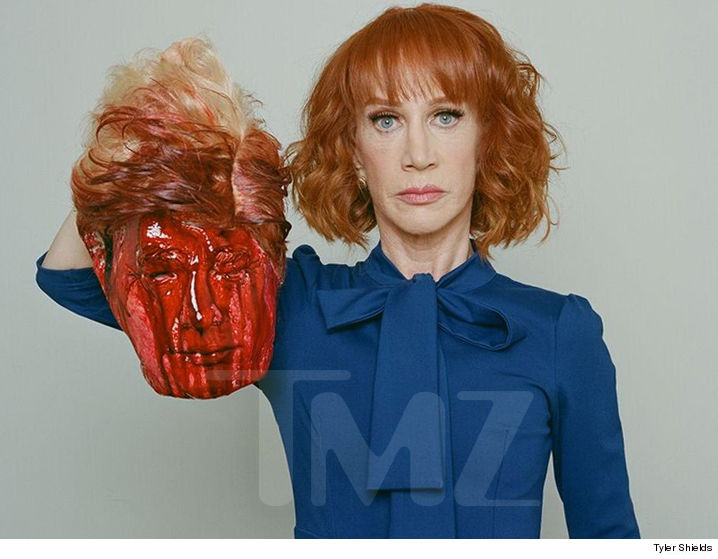 Kathy’s publicity stunt received backlash from both the Left and the Right and many calling for her to be fired:

The fact that you waited this long proves your network endorses the assassination of our president. You are the enemy of the people!!!

This is vile and wrong. It is never funny to joke about killing a president. https://t.co/zIiuKoMyFw

We have pulled all marketing related to Kathy Griffin, we do not align with her views or actions.

After reports that Trump’s son Barron was having a “hard time” seeing the images on television his mother questioned Kathy’s mental health:

As a mother, a wife and a human being, that photo is very disturbing. When you consider some of the atrocities happening in the world today, a photo opportunity like this is simply wrong and makes you wonder about the mental health of the person who did it.

Kathy’s pleading apology wasn’t enough to save the comedian’s job:

I am sorry. I went too far. I was wrong. pic.twitter.com/LBKvqf9xFB

Be the first to comment on "BREAKING: CNN Announces Termination of Kathy Griffin from New Year’s Hosting"